Tamed Tuskers, Senthil Kumaran’s series of photographs that depicts the bond between elephants and their mahouts are on display at Madurai’s J C Art Gallery till July

Two decades ago when Senthil Kumaran was in school, he read about a wild elephant on the rampage in villages of Wayanad, Kerala.

In 1998, the nine feet tall rogue makhna (male elephant without tusk) killed 23 villagers and was eventually captured by the Forest Department, then sent for rehabilitation at Mudumalai Elephant Camp. He was christened Moorthy after the veterinarian at Mudumalai, Dr A Krishnamurthy. 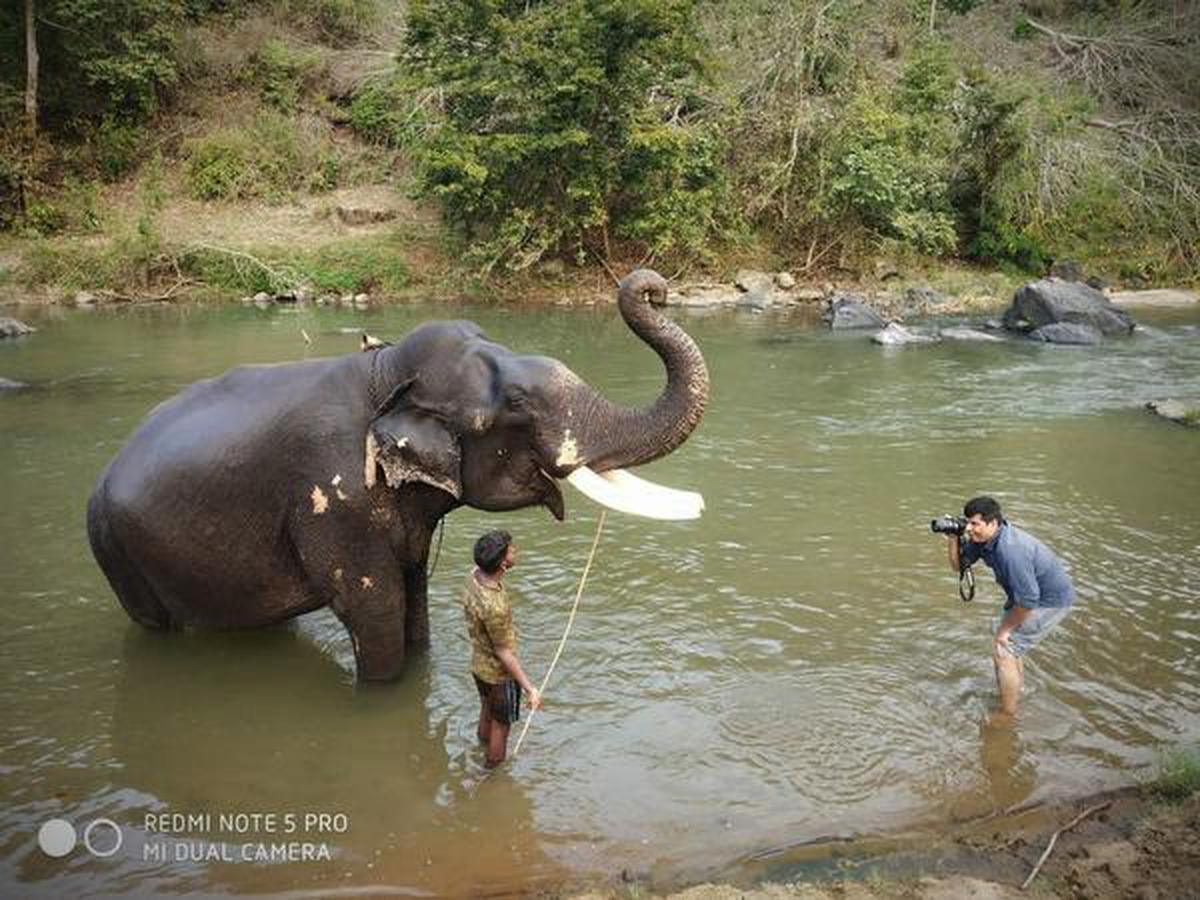 The news remained etched in young Kumaran’s mind for years as he often wondered about man-animal conflicts and how to reduce them. In the following years, visits to the temples got the Madurai boy fascinated with temple elephants and also drove him towards a passion for photography.

In 2012, Kumaran got an opportunity to study wild elephants in captivity. “I just wanted to meet Moorthy!” he says.

However, when he entered the camp, he first saw Wasim. “He was chained and the mahout was away to fetch the daily dose of coconuts and jaggery for the tusker,” recalls Kumaran. He moved closer to the animal till a trench separated them and the elephant expressed its anger by hurling twigs at him. “It made me wonder about the emotions of the animal, once in wilderness and now tamed to behave,” he says. When the mahout returned and instructed the elephant to sit down, the pachyderm quietly obeyed. “I was amazed at the connection between the mahout and his elephant, a lifelong bond they share and I took my first picture of the two which is till date, my favourite,” he says. As the animal folded its limbs and sat beside its mahout, it gave an imposing frame reminding Kumaran of the enormity and power of wildlife.

Wasim led him to do a series on tamed tuskers with 23 elephants at the Theppakadu camp that he visited countless number of times and spent hours observing and studying the tuskers. He was overwhelmed by Santhosh’s seven-feet long tusks. “His were the longest among all the other tuskers at Mudumalai and I would sit and watch him through my Canon 6D and 5D Mark III to understand his burden of carrying the heavy pair of ivory tusks,” says Kumaran. From keeping a distance of 30 to 40 metres between him and his subjects and watching them take bath or play with heir mahouts with sheer delight, Kumaran fulfilled his childhood dream of meeting Moorthy. “It took me 20 days to befriend him and get close to stoke his trunk. Today, Moorthy is calm, camera-friendly and enjoys the confidence of all the mahouts,” says Kumaran, who has mounted frames that capture the gentle giants of Mudumalai camp in different moods under varying gradations of sunlight.

For the last eight years, Kumaran has been working in reserves across the country on wildlife and environment projects to document human-animal conflicts. His head still bows in silence in front of the giant tuskers. He rues how humans fail to understand them and elephants are robbed of their natural habitat and killed either due to man-animal conflict, electrocution, accidents or poaching. Kumaran hopes his six-month long exhibition will give the viewers an opportunity to understand the plight of the tuskers. The exhibition also travelled to Sharjah last week.

It is comparatively easier to shoot captive elephants , says Kumaran, but when you choose to spend hours observing them, they shape your understanding of wild animals and convey stories of nature. As a visual story teller, it is my interest to change the way people look at animals, he adds.

The exhibition is on at JC Art Gallery, Lady Doak College Road till July. For enquiries contact artsenthil@gmail.com 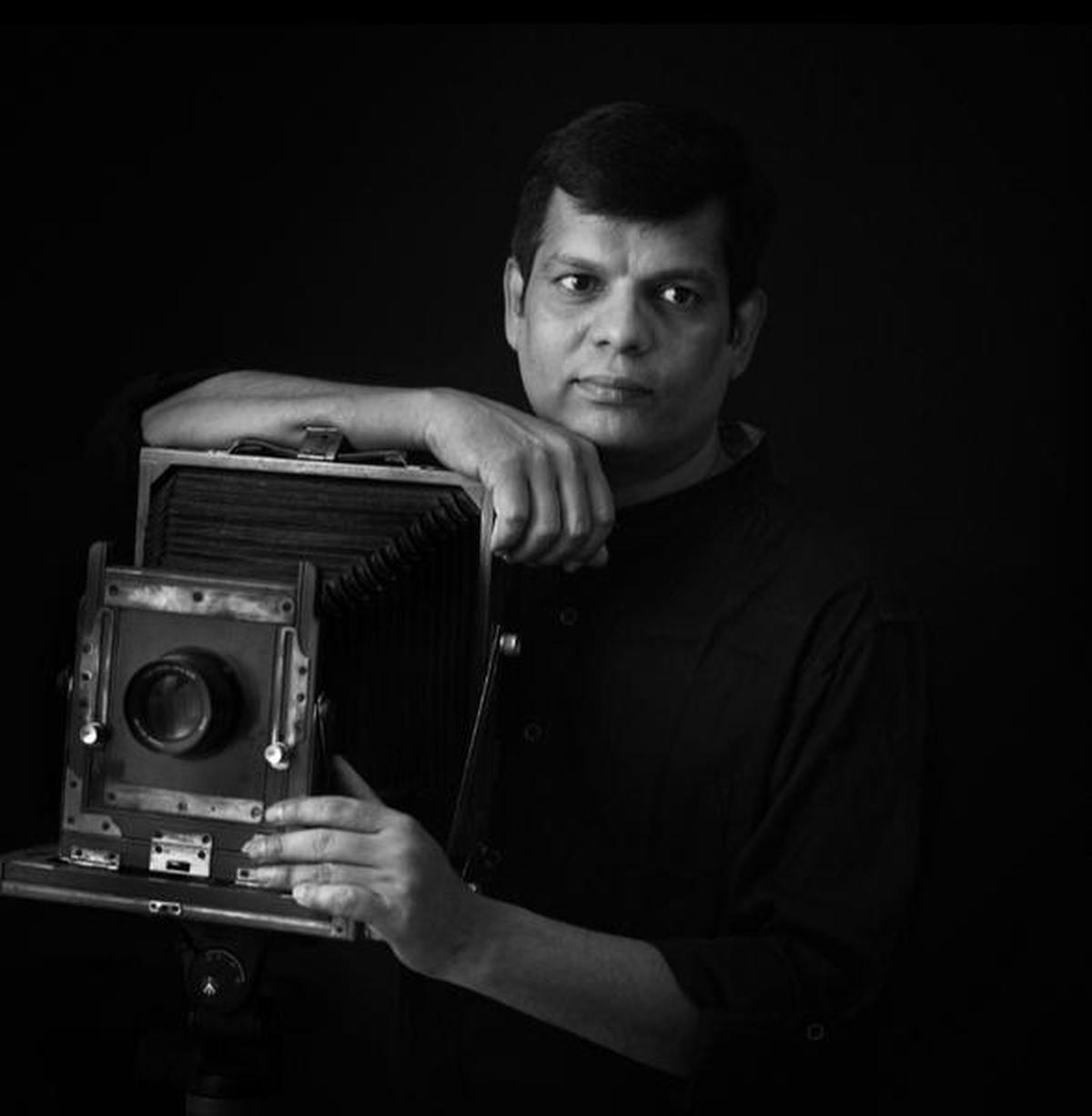 Geographical Photographer of the Year 2007 from Royal Geographic Society, London

The Angkor Photography Festival in Cambodia in 2014

Shortlisted for the World Press Photo Talent 2019, The Netherlands

You have reached your limit for free articles this month.

Find mobile-friendly version of articles from the day’s newspaper in one easy-to-read list.

Enjoy reading as many articles as you wish without any limitations.

A select list of articles that match your interests and tastes.

Move smoothly between articles as our pages load instantly.

A one-stop-shop for seeing the latest updates, and managing your preferences.

We brief you on the latest and most important developments, three times a day.

*Our Digital Subscription plans do not currently include the e-paper, crossword and print.