#Villacation — have you tried this new holiday trend yet?

In dire need of a change of pace, holidaymakers are opting for the villa life to work and play

The villas are alive with the sound of laughter… and the clack of keyboards.

Once weekend getaways and Saturday night party destinations, these sprawling homes are now occupied through the week as families and WFH professionals discover the perks of taking ‘villacations’.

“We have doubled with respect to occupancy level and demand,” says Amit Damani, co-founder of Vista Rooms, a boutique brand for villa rentals in India. “What we clicked in Fiscal Year 20 (in terms of business), we were able to accomplish in six months (October to March) of FY 21, after zero revenues in the first two quarters. That is the kind of demand we have seen,” he says, adding that people are now ready to pay 20% more. Devendra Parulekar is matter-of-fact when he says, “We increased the price because of demand.”

The founder of SaffronStays (a micro hospitality collective that operates 150-plus holiday homes pan India) says that since September 2020, the pandemic notwithstanding, he has seen enormous traffic on his portal. Villas that were priced at ₹40,000 for a night are now selling out even at ₹50,000-60,000 per night.

The need to escape

As lockdown was lifted in phases last year, people wanted to escape the confines of their city apartments and relocate to large vacation homes, says Devendra. Tired of being stuck within four walls, in addition to cooking, washing, cleaning, mopping, they needed a getaway.

“Since WFH had become the norm they realised it didn’t matter if they worked out of Alibaug in Maharashtra or Naukuchiatal in Uttarakhand. This is how we suddenly saw an uptake,” he adds. Some of his patrons have done as many as six to seven stays over the last three months.

While privacy, exclusivity, change of pace and absence of other people are primary appeals of the villa life, large open spaces, manicured lawns and private pools are additional perks. 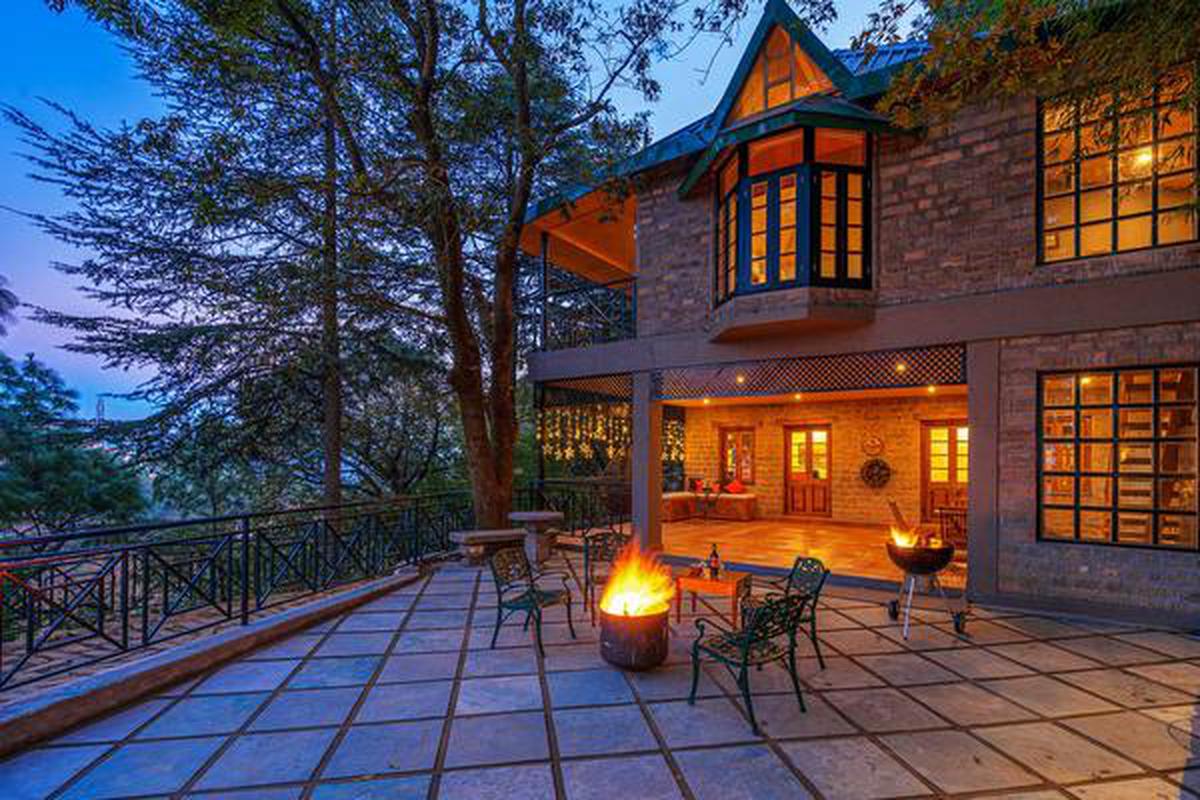 Not to mention these spaces look great on social media (#villacation). From St Barths to Shimla, this life has caught the fancy of celebrities and working professionals alike. Palm-fringed contemporary villas, white-washed Greek style homes, stone mansions… the style of architecture varies to suit one’s mood.

Feeling like British royalty today? No worries: You can choose between Parsi Manor in Matheran, The Mansion in Kasauli, Milton Abbott Estate in Udhagamandalam and Alpinia in Coonoor… The settings are diverse: enveloping strawberry farms in Panchghani, vineyards in Nashik, apple orchards in Shimla and mountain tops in Malavali. Prefer views of water? Try the oceanside villas on the ECR, Chennai, or the riverside homes in Kamshet.

The duration of the stay varies anywhere between three nights to a fortnight and sometimes longer. Saurabh Garg of NoBroker (a property rental/sale website in India) says professionals in cities like Mumbai and Bengaluru have taken the idea of villacation a little too seriously: moving into villas in the outskirts of their respective cities for three to six months. The duration depends on negotiations with the landlords.

“Our website has seen a surge in searches for villas,” says Saurabh, adding that the practice of work from home has pushed this cause further. Explaining the economics, Saurabh says, “A person staying in Koramangala or Indranagar (Bengaluru) will end up paying ₹50,000 to ₹60,000 a month for a three BHK. But now that they don’t have to go to work, they say ‘Okay, I will stay close to the airport or Electronic City for a few months and get a villa at similar price. This way they get a bigger house, more space and more greenery.”

Saurabh says NoBroker’s overall property listing of villas has increased over the last six months: 103% from January to February this year and 117% from February to March. Devendra and Amit agree. “Lot of people started using their second home and ended up staying there for three months. They realised that while this was great, they should rent the place out so they can maximise their yield on it,” says Amit, adding that in the last six months he has added 100 new homes to VistaRooms’ portfolio, taking the total tally of properties to 400.

The number of people reaching out to Devendra, to list their villas on his website, has dramatically increased as well. “Not just that, people who had been sitting on land parcels have decided to build villas and get in touch with us,” says Devendra.

To the hills we go

Small groups of friends, working professionals and families who are compatible, as well as comfortable with each others’ hygiene (a requisite perhaps more vital than sense of humour or honesty, in a pandemic) have been renting out a space together, and splitting the cost. Prices can start at around ₹12,000 per night and go up to a couple of lakhs.

“A section of high net worth individuals who missed out on their international holiday this year don’t mind spending around three lakhs a month on a villacation,” says Amit. Sometimes corporates book them for their offsites.

A selection of villas also comes with private butlers and house keeping staff. “People are crazy about home-cooked meals. It doesn’t have to be butter chicken, all they sometimes want is simple dal chawal,” says Devendra. Often, vegetables are grown in the kitchen garden and guests can lend a hand with gardening. “In Alibaug, we introduce them to the popti style where the meal is cooked in earthern pots, over a slow fire underground,” he says. 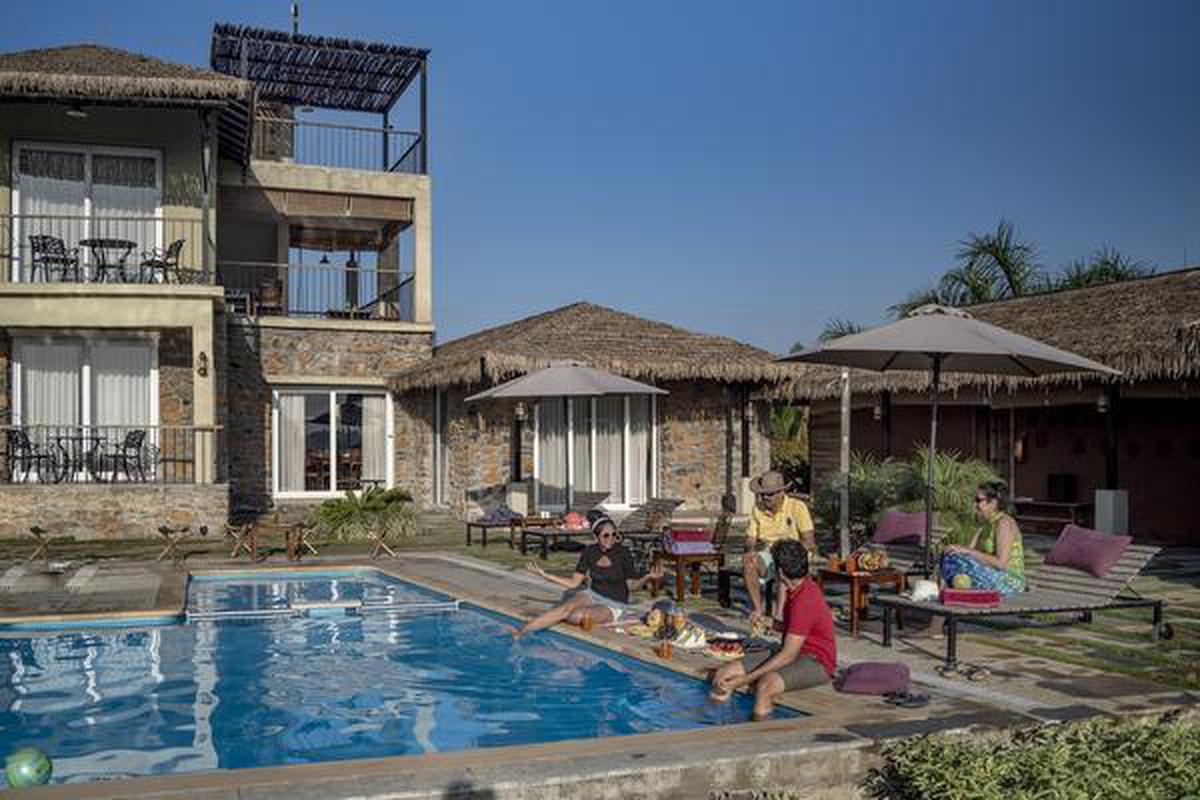 Villas in Goa, Alibaug and homes in the hills like Udhagamandalam, Kasauli, Coonoor, and Coorg are the most popular. People prefer driving to destinations that are around three to five hours from their base city. Devendra observes that in the pre-Covid days bookings at Udhagamandalam were by clients from Delhi and Mumbai. But now, it is entirely by people from Chennai and Bengaluru.

Adds Devendra, with a laugh, “A lot of these clients were patrons of luxury hotels. But after a taste of the villa life there has been a shift in their vacation pattern.”

Deven Thuppali is one such convert, as he admits gleefully. The resident of Anna Nagar West in Chennai, moved to a four-bedroom villa in Thiruvidhandai on ECR when the lockdown began last year. Along with his family and two dogs, he stayed there for a month.

The only qualities he was looking for in an alternative home was a tranquil space, free of pollution and traffic. Around the same time, a few of his friends too made the same move. “I moved into Villa Elysiam and then came back again when the second lockdown started, this time for two weeks,” he says.

He paid a rent of nearly ₹60,000 for a month. Moving here opened him to a new world that he was alien to in his earlier congested surroundings. “I started cycling and jogging. And it was pleasant to see the kind of greenery that’s all around,” he says.

He enjoyed the villa life so much that he recently bought one there and moved in. “Everything is available here: grocery, hospital and great fish which I buy straight off the fishermen’s boats,” says a gleeful Dev. His pooches are just as delighted: running around the expanse and rolling on the lawn while the family sets up a moonlit barbecue.