From meenakari to puppet making, immersive craft experiences in the Sunshine State are giving visitors glimpses into the lives of artists. And helping grow their trade

Avaz Mohammed claims he made the first lac button in 1968; “then everyone copied it”. The 74-year-old father of four girls, two boys, and a black cat that races around the house faster than his grandchildren with their handhelds, has worked with designer Rina Dhaka, while his son with Manish Malhotra. His designs and colourways go beyond the Jaipur market and have a contemporary appeal: a bangle with one end twisted into a snake head; a speckled choker, primary colours mixed into a black base; beads twined into balls or fashioned into barrel shapes. 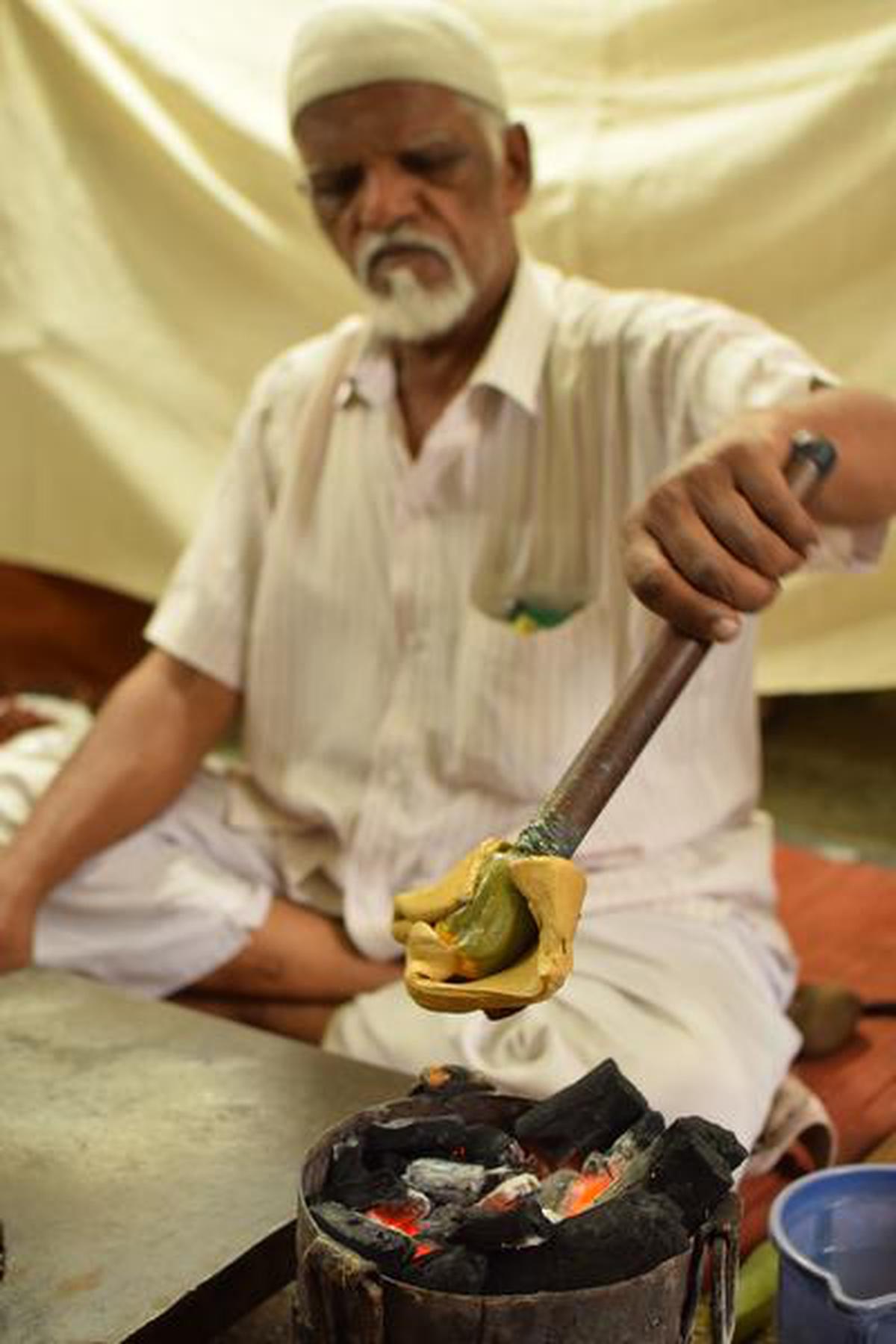 Tools of the trade

“I am the seventh generation doing this work,” he says, having trained his children to take the craft forward. We sit on the floor in his home and studio near Jaipur’s Jantar Mantar as he explains the way lacquer is made: 250 grams of resin from the cheed ka ped (pine), half a kilo lac from the peepal, budh, beri (the cheapest), or kusum (the most expensive) trees, and one kilo soapstone powder. The lac itself is an insect secretion found on the tree. “A lot of what you see in the market is just resin and soapstone,” he says, as he praises his daughter, who teaches other women the trade.

“Indiraji [late prime minister Indira Gandhi] came to one of my exhibitions,” he shares, showing a four-inch thick album with pictures of his work, dignitaries, and a thank you note from the Prince of Wales. The conversation traverses many areas and takes us through time.

“Abhi biryani mangva deta hoon [I’ll order some biryani now],” he says, gesturing to one of his family members who are hovering around with water, milky ‘North Indian’ coffee, sweets and mixture. The generosity of spirit is humbling. Especially when his wife, Anwar Jahan, tells me, “The lockdown was almost a year of starvation for us.” But they are not billing me for the biryani, their time or the use of their tools: the bhatti with coals to soften the sticks of lac, the wooden hatta to flatten the warm plasticine-like mixture, the patti to cut the lac. I am invited into their home, their lives, to experience the way they work, to play with the lac, creating what I want. Mohammed talks of going to Milan in 2017, with the Export Promotion Council for Handicrafts. “Wahan bahut kadr karte hain craft ka [they hold craft in high regard there],” he says, remembering how the people who watched him work later used the lac disks to make oversize pendants and masks. In the Pink City, post pandemic, orders are trickling in. He is now making lac balls filled with gulal (pink colour) for Holi — a transient expression of his craft that will still bring joy to many.

The experience has been organised by Jaipur-based Rajasthan Studio, which works to connect craftspeople with customers — “those with passion to those with an interest”, as Kartik Gaggar, who founded the brand in January 2019, says. Currently, they do 27 experiences across Jaipur, Udaipur, and Jodhpur, with Kota and Bikaner up next, spread across craft forms like blue pottery, miniature painting, and puppet making (which is my first experience of the day).

There are 103 forms of craft to be explored across the state, so Rajasthan is an obvious place to start. “We are a destination management company, where the artist is the hero,” says Gaggar, who is hoping to grow the brand pan India. The highest priced experiences, at ₹6,000, are meenakari and fresco painting; some like sandalwood art are at ₹3,500; while many like writing on rice grains are at ₹2,500. Each is meant for a small group, usually no larger than four people.

Gaggar believes the future of travel will be about learning, experiencing, and exploring. And with Indians being their mainstay — before the lockdown and after — it is all the more reason to put karigars and the Indian craft story in the spotlight. 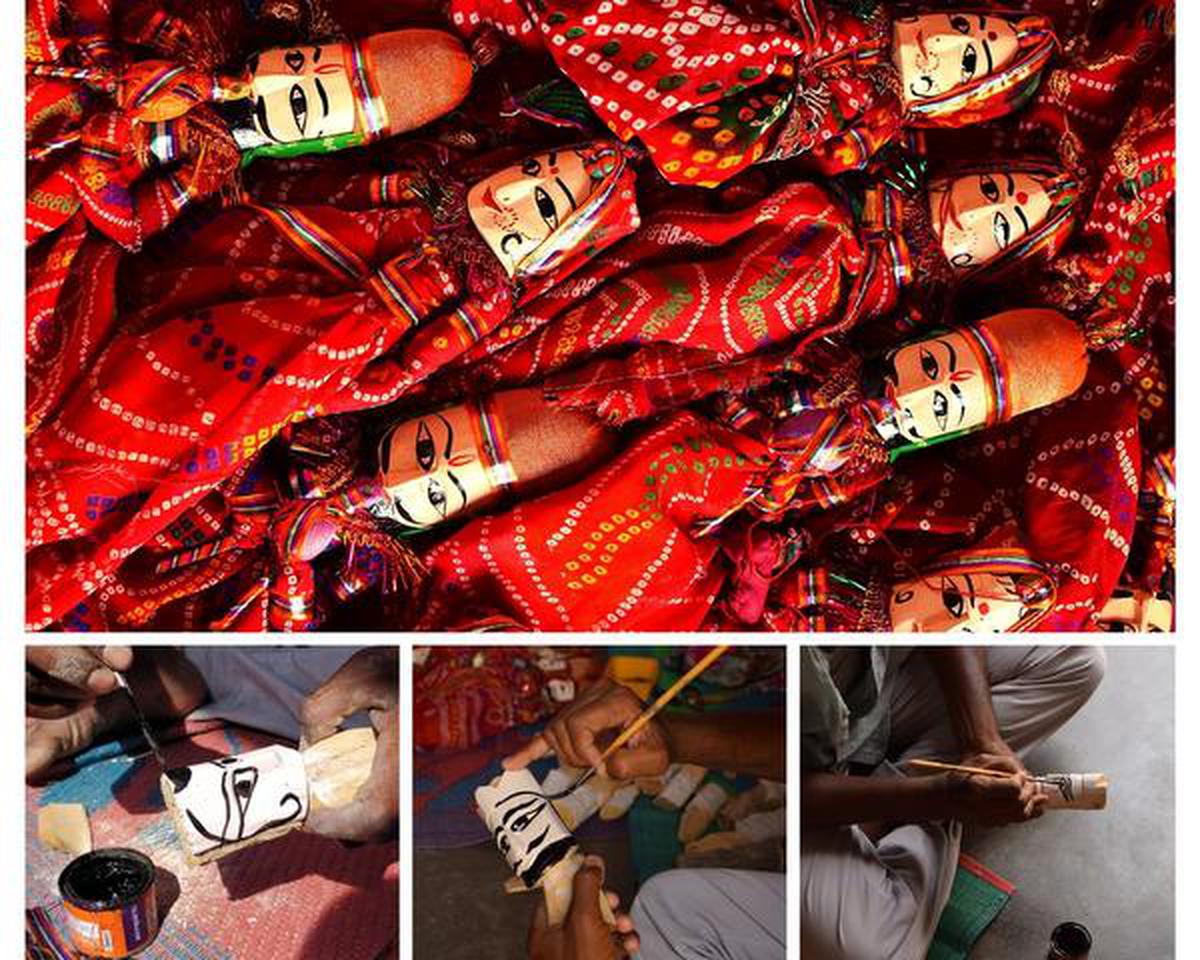 Gaggar is a chartered accountant who has worked in consulting, and experimented with organising experiential trips within Mumbai. Later, his training in PricewaterhouseCoopers taught him processes, so he spent three-and-a-half years studying the market worldwide. The turning point that solidified his method was when he and his wife took a trip to Seattle and a rower who had won an Olympic gold showed them the city through its waterways.

Back in Jaipur, where his family is from, he began documenting specific craft forms, beginning with information found on Google. “The deeper I go, the more I feel I don’t know anything,” he says, adding that in time the company aims to look at museum records and those kept by royal families. From the craftspeople he has learnt patience, making the experiences as slow as possible. “Across the world, there is no blueprint of how to sell folk art,” he says.

His vision meshes with that of puppeteer Pappuji, whom I’d visited earlier — that the craftsperson does not have to stand on the street peddling his wares. As Pappuji chisels the jaw of the raja puppet and smooths the edges off the face of the rani, he asks that people come to his house to buy rather than visit a shop. “Issi se kala aage badhega [only with this will the craft grow],” says Sumitra, his wife, as she rips up a sari to make the leheriya-gota clothes of the puppets.